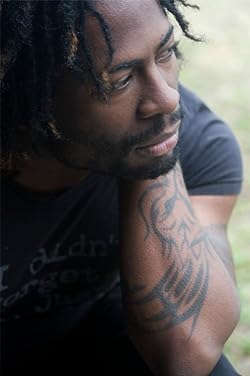 Local to the island of bermuda. Likes to write, think I can sing and have a poetry blog with a few actual blog posts that aren’t poems. Samuel Alexander is my middle name. So it’s not a pen name in it’s true form. Just Wrote the first of a trilogy ‘Salinor: The Beginnings, it’s awesome. Best book i’ve ever written. I love to read and usually think myself to sleep thinking about the books I have to write that I havent’ begun yet. That’s about me in a nutshell, when something more ingenius comes to mind, i’ll share it here.

Check out his books at http://www.amazon.com/Samuel-Alexander/e/B005VCVE8Y/ref=dp_byline_cont_ebooks_1

You’re probably wondering why I’m writing about the obvious.  Of course sex sells. Still, it isn’t as simple as it may sound.  The problem with sex is where it is.  Sex doesn’t actually sell it’s the genres that sex is in that sell.  People expect erotica, and romance, and chick-lit and even some comedies to have steamy sex.  Suspense novels and mysteries even get away with it because of their darker adult nature.  Sex in places people aren’t used to seeing it, not as successful.

Lets take my own books for example.  My first three horribly written.  The sex, hardcore to the bone.  There were problems on both ends of the scale, not enough, or it’s all about the sex.  There wasn’t a lot of sex, but when there I didn’t get all ‘tone it down because it’s not about the sex’.  In my head adults have sex.  We know what it is.  We’ve done it.  It’s not going to distract me from the plot.  I was of course very, very wrong.  Apparently it’s all the way erotica or soft-core.  There is no middle ground.

So did I tone down the hardcore.  Hell no.  I went on this journey to prove you can have hardcore sex in a standard none-erotica book and it could work. Have the story be about the plot but just happen to have real not-so-dumbed-down sex.  Book one, fail.  Two was better, better sex, more plot, sales… zip.  Book three, I finally got into my steamy stride, the sex was great, and I got my plot to almost make sense.  It wasn’t a good book to be fair but the balance was finally on it’s way. The sex, didn’t sell them.  People clearly want sex to be in the box/book they want it in. So it could be the best sex ever and that shit would be totally irrelevant.

Finally book four.  The magic has happened.  A plot that actually works, sex that blends in seamlessly without being too much or too little, and/or detracting from the plot.  Obviously I struck gold right.  No.  Regardless of the steamy sex, decent plot, and comedy, it didn’t quite make the cut.  And lastly my last book which is by far the steamiest, the first in a fantasy trilogy and apparently actually is good.  It’s the only book I’ve ever gotten a review for and I sold the most of it and… not a single drop of hardcore sex but as my characters are adults, sex oozes everywhere in conversations and flirtation.  The steam is at its pique without me even needing the sex.  So how did I finally actually go from Zero sales to sales.  Reviews.  Feed back.  That’s the key really.

What actually sells a book is word of mouth.  Reviews on online bookstores.  Book ratings.  It doesn’t matter how much or how little sex you have, if people don’t start talking about how awesome your book is, or how much it sucks ass, no one will buy it.  It appears that sex sells, and on a certain level it does, but it’s really the hype around a book that sells it.  So if the buyers don’t talk about it.  Then usually no more people will buy it.  The curse of the starving indie author is that good or bad, no one ever seems to want to talk about their books but they will gush all over a famous author, or equally hate them if they don’t like the book.

Sex can sell, but that is only after people talk about it.  Therefore in actually the sex doesn’t sell the book, the readers do.  So more people should speak up if only so the masses can also enjoy the passion oozing out the pages seeping into their minds and then sweating out their pores in sinful bliss.  Get to writing those reviews and telling the world about this book, whether you hate it or love it.  You have the power to sink or sail a book, and what small chances at ultimate power we have we should use.

Sex sells.  But it can’t sell, without you.