Sex and Power by Rita Banerji

I would like to thank author Kelli Sue Landon for helping me to get this amazing book. I finally found some time to read it and I loved it so much. I made a review on my personal blog and would like you to check it out. This book will surely shed some light on issues we thought were taboo. 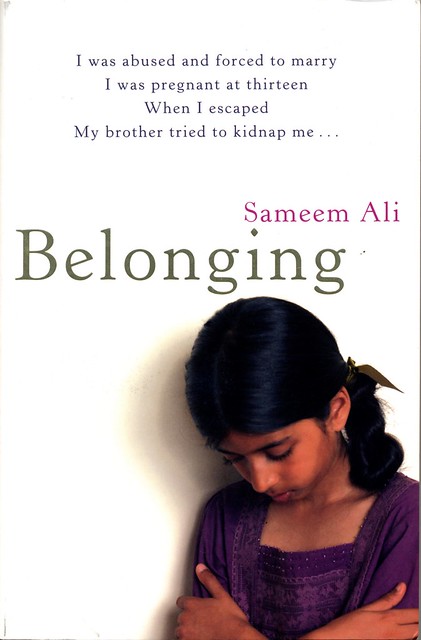 I finished reading two books in just two days. I made a review for “Daughters of Shame” written by Jasvinder Sanghera in my previous post and this one is for Belonging by Sameem Ali.
Daughters of Shame and Belonging are two books about #forcedmarriages and coincidentally, these two books were written by Asian women whose parents hail from Pakistan and India. Jasvinder and Sameem’s parents migrated to the Great Britain where the ladies were born.
when I put down Jasvinder’s book, I went to my shelf and picked this book up. As I started reading I realized that the story is somewhat similar and it took place also in Britain. Then I knew that forced marriages and honour killings are REAL and these horrible crimes are still happening today. I like the way the story is narrated in “Belonging”. It is very engaging and believable. Sameem grew up in a children’s home when she was young where life as a kid was beautiful for her and the rest of the kids. When she turned 7, her parents came to take her home and that’s where the not-so-nice life started.
She was basically treated like a slave, forced to do all the housework, forced to marry someone in Pakistan (one of her uncles had unsettled debts and to settle it off, Sameem was forced to marry one of his sons). She never knew what marriage, sex and pregnancy were at the age of thirteen but she was pregnant and had a child at the age of 14.
Sameem was mistreated by her own family and it is really sad to know that the society still thinks that girls should not get proper sexual education. She never knew that women will go through menstruation and she was not even explained about it after attaining puberty. The society is cruel towards women as we are not even allowed to explore our own bodies and the way they work. We are not supposed to fully mature sexually because knowing what’s happening to our bodies would educate us on how to protect ourselves and that would mean less control for men on women. What a shame!
This is an excerpt from the book that makes my stomach churn!
” Mother decided that she could fix the stutter by cutting the skin under my tongue, which she told me was pulling my tongue down in the wrong way. She shouted angrily at Hanif to help her, and the two of them laid me down on the kitchen floor, and told me to open my mouth. I was confused but did as I was told. In Mother’s hand was a razor blade, the kind found in an old-fashioned razor. I stared at in horror. “
We have seen gradual improvements on racism, gay-lesbian rights, and many other issues plaguing our society but it’s sad to know that we are still battling the war against sexism in 2014. It’s sad to see Emma Watson being threatened online by some jerk who thinks he could leak her nude photos and humiliate her.
It’s not just the UN ambassador’s responsibilities to fight for justice. Let’s spread awareness and make this place a better place for women and men. If we continue to portray men as rude, dominating and evil, when are we going to see the gentlemen around?

If you have never read any books written by human’s rights advocate, you should add this book to your TBR list!

I have read the first book written by this author (Shame by Jasvinder Sanghera) and I must say that domestic violence and child marriage are REAL and the pain can be very tormenting even when the victims are no longer abused.

In her first book, she wrote about her childhood and how she managed to escape the forced marriage. I’ve learnt about the Asian community living in the UK through this book and how the girls face similar issues at home.

In this book, she had shared some of the women’s stories whom she is helping through the community-based organization in the U.K by the name of Karma Nirvana. Jasvinder is the founder of this community and she voices out for the victims of honour-based crimes in the U.K.

It is absolutely saddening to see so many women and men who have fallen victims to one of the most atrocious form of crime among the Asian community. Girls as young as twelve are sent back to their parents’ country (which is usually India and Pakistan) where they are forced to marry men twice their age. These girls were often abused and tortured; treated like slaves and their children suffer the consequences of not having educated parents to care for them.

Girls who go against their parents’ wish were often killed by their own families in the name of honour!

I applaud the work being done by Karma Nirvana and Jasvinder Sanghera as the U.K. has enforced the Forced Marriage Act to protect underage children and adults from forced marriages and honour-based crimes.

What Readers Look for when Buying a Book.

via What Readers Look for when Buying a Book. 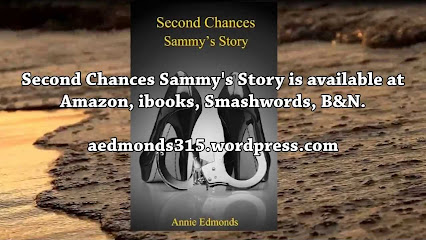 First and foremost, a big thanks to Annie Edmonds for giving me a copy of her book entitled “Second Chances : Sammy’s Story”. Sorry for the delay in posting the review for this amazing story.

I must say that I am not a big fan of Erotica book. Fifty Shades of Gray has spoiled it all for me as I do not fancy stories with characters like Christian Gray. If you are reading this and you loved Fifty Shades, I would say this is my personal opinion of the book.

I’m considering to read Erotica books if they have good story line and message. I must say Annie has done a great job with the story.

The book needs to be edited as the errors in spelling and punctuation can be distracting but for me I enjoyed the story so it wasn’t an issue. I’m looking forward to reading her next book.

Hello everyone! This is Jasveena from IBP and I’m here to make a book review for author Jenny Hayworth’s book; Inside/Outside. It is an honour to work with Jenny for this book as I am an ardent blogger who advocates for women’s rights and write on social issues to create a positive impact on our society. I read non-fiction books written by people all over the world and books instantly bring your soul into a journey where you get to explore different cultures and real-life situations across the world.

When Jenny came to us at IBP with her book promo, I was delighted as I knew it was going to be an enjoyable project. Jenny’s book hit #1 on one of the book categories on Amazon kindle today with overall ranking within 20 K ! Congratulating Jenny here for that!

Jenny’s book is a source of encouragement for anyone out there who wants their story to be heard. Inside/Outside, as the title suggests, clearly explains the way Jenny felt about her childhood, the sexual abuse she and her brother went through, the religious constraints and how all these greatly affected her as a person over the time.

I love the way she clearly wrote about her emotions as I think anyone who reads her story could ”feel” her as the story progresses. When I was reading about the tennis court incident, I thought I felt Jenny and how vulnerable she could have felt. Jenny’s involvement in getting her story told the right way can be seen via the final product.

I also applaud her inner strength in actually coming up with the idea to write this memoir as anything that goes on print will last forever. Jenny’s will power to step out of her life inside and see a whole new world from outside inspires anyone who is going through challenges in life to step out of their miseries and rebuild themselves and find a new lease on life.

Apart from that, her memoir serves a proof that people are being tortured in different ways. In Jenny’s case, we can see how religion can affect someone’s life greatly. I think if everyone could come up with the strength to get their stories told, this place would be a better place to live in with a stronger call on awareness and social responsibilities.

“ One step at a time. One minute at a time. One hour at a time. One day at a time. One week at a time. One month at a time. One year at a time – life grows and evolves and takes shape.” This is the voice of an individual who has survived childhood sexual abuse, the healing of her own children’s sexual victimization, and escaped the clutches of severe religious fundamentalism.
This is Jenny Hayworth’s voice. Her memoir, Inside/Outside, tells of her journey, beginning inside. She felt trapped inside a closed religion, where she was abused and belittled. She lived inside her imagination – the only place she felt safe.
Then, she travelled outside – discovering a life in the world outside of that religion and learning how to develop real, flesh and blood relationships based on trust.
Hayworth’s inspirational story provides hope for a better life to anyone living with tragedy.

Link to purchase the book: http://www.amazon.com/Inside-Outside-Womans-Recovery-Religious/dp/1492994707

Leadership by Virtue is a book you must read if you are someone looking to upgrade your leadership and business skills. Put yourself as a merger between two companies that have different approaches and expertise. How will you make a mutual understanding between these two companies so that the joint-venture you are aiming for could happen?

This leadership skills explained by Jaro in his book is not just for those who are in business but also for people of all ages. Leadership is a skill that has to be nourished every now and then. These skills shouldn’t just be seen from Western culture’s perspective but also from the East.

As a Tai Chi master and an educator, Ben, the hero in this story takes the challenge as a merger in a very unique approach after consulting with his Tai Chi master.

The story takes you close to understand Ben’s everyday life. Everything is very personal; from the part where he gets caught in the heavy traffic, giving way to people and getting a honk from the cars at the back, right to the scenarios on his office, martial arts class and his home where he deals with his wife and son.

Some minor punctuation errors were found in the book and the use of Chinese terms can be very educating but could slow down the process of understanding the book. Nevertheless, the whole concept of how martial arts and the Far East mentality can help you in the corporate world is very intriguing.

If you keep your mind open to new ideas, this can be a good read for you!